360 content is changing the landscape of journalism, news and media consumption. 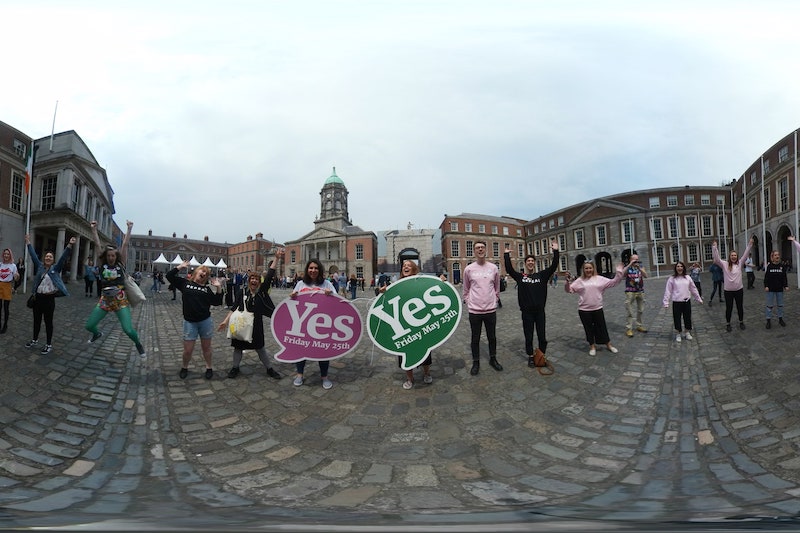 The average time spent per visit online to the top 50 U.S. newspapers still sits at only 2.5 minutes, unchanged since 2014. (PEW Research Centre).

With newspaper advertising revenues predicted to fall another 10% this year, publishers are struggling to compensate for the drop with intrusive display adds, which invariably drive readers away.

Keep the reader on the page for up to 40% longer

360 content in news and media gives publishers the opportunity to retain the reader for longer, increase their dwell stats and improve their advertising value. With an average of 18 seconds full engagement per photo on mobile 360 has the capacity to keep the reader on the page for up to 40% longer than standard content (Source: Facebook).

These increased engagement levels bring both loyalty and immersive experience to the reader. 360 Content increases viewers levels of joy 1.4 X over standard 2D content with 86% of users choosing to interact with a 360 video when presented with one. Source: (Omnivrt Survey 2018).

360 content is an ideal way for newspapers to add value to their paywalls.

360 content is an ideal way for newspapers to add value to their paywalls, adding premium stories, photos and videos for subscribers. Used in the sports arena 360 proves to give every sports fan an insider view of the game.

Equally it tells the story of the stadium, the importance of the event, the heritage of the team and the passion of the audience.

In the 2017 Digital News Project by Reuters Institute for the study of Journalism on the future of VR in the newsroom Varun Shetty, Business and Operations Lead for VR at the New York Times, said ”I think the company has really focused on becoming a subscription-first business. We also rely on our advertising revenue, but we think that VR could be an active revenue stream in the future. And that’s something that we’re exploring now, whether it’s through advertisers, or through relationships with platforms.”

The New York Times were first to market

The New York Times were one of the first to market in 2016, they worked the tech in conjunction with Samsung. They developed an app which was downloaded over 500,000 times and distributed Google Cardboard headsets to their subscribers to help them fully engage with the story.

When the Daydream headset platform was launched in 2017, The New York Times were quickly followed by The Guardian, CNN, Wall Street Journal, USA Today, BBC. Many featured 360/VR news apps were marketed their alongside gaming apps. This opened the floodgates in terms of market awareness of news oriented 360 apps.

According to Reuters readers are more likely to revisit the sites, with over 79% of millennials stating that they would consider 360/VR will influence their consumption of news in the long term.

Currently 71% of journalists believe the public has lost trust in the media. More than half (56 per cent) of the 1,355 journalists polled by Cision for its State of the Media 2018 report also agreed that so-called “fake news” is making readers more sceptical about the content they read.

360 content combats the fear of fake news. There is no fake news in 360 as the viewer gets to see the whole story from all sides. The amount of information and detail a 360 shoot can provide is much more realistic and accurate than that of any other medium before it.

We proved the concept of true news ourselves when we covered the Apollo House protest in Dec 2017. People filled the streets around the occupied Apollo House. Govt sources reported “a few hundred “. We were able to prove that up to 1,000 people packed the streets around Apollo house in support of those protesting. They formed a human chain and held a concert on the roof of the building. We had all the content in 360 which was later published on The Journal.ie.

We posted the same content on our own Facebook page and received over 37,000 hits in 48 hours. We have multiple videos and photos of protests which were under reported by traditional media, in which we can clearly show thousands of people filling the streets of Dublin.

360 content encourages not just the full truth but is often referred to as “storyliving” as the viewer gets to live the experience of the story. It is a turning point in the traditional mindset of storytelling because the accuracy is guaranteed with minimal intervention from the reporting/ editing aspect.

We are very passionate about 360 content in news in media. Despite the traditionally low adaption of tech in publishing we are totally confident that 360 will change the way we see the world. We are determined to play our part in trailblazing this tech into the news arena. We have a fleet of 360 cameras on the street constantly collecting content and professional post production facilities including the new stretched 2D versions of Cinematic 360 video.

We live and breathe 360 in our office. We cover lots of news events and have a great team who deliver on time and on budget. If you have any queries/ concepts, events or ideas around 360 please feel free to get in touch.